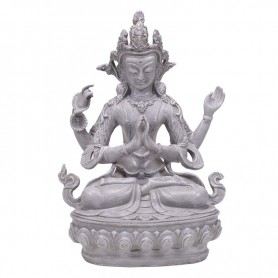 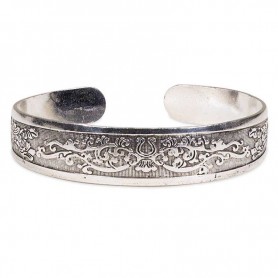 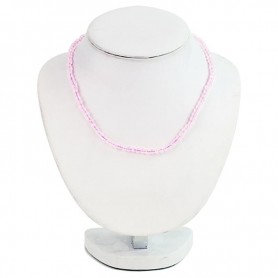 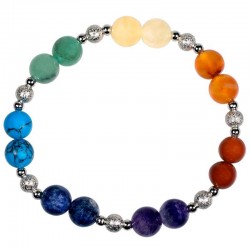 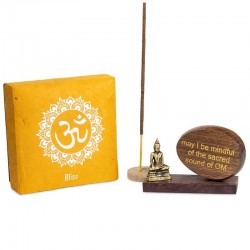 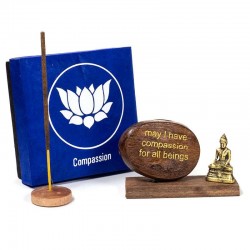 What are geodes?
A geode is a partially hollow, globe-shaped tubercle that is covered with crystals on the inside. They formed as gas bubbles in the liquid magma that rose in a crater pipe during an eruption of a volcanic eruption. These gas-filled bubbles persisted after the magma solidified and filled with saturated mineral solutions. This allowed beautiful crystals to form.

The geodes are thus often found in volcanic areas. The geodes can be very small or very large. You can see this particularly well with Amethyst from Uruguay or Brazil. The geodes are usually cut in half and cracked with special pliers. The saw cut is often polished.

Citrine
The name is derived from the Latin word citrina due to its light yellow citrus color (due to its iron content). From the earliest times, citrine was called the "sun stone" and it was thought that the gemstone could trap sunlight and was useful in protecting against snake bites. The color was associated with gold and it became known as the merchant's stone. It was thought to improve communication and attract wealth. For the Romans it was the stone of Mercury, the messenger god.

Disclaimer:
It is and remains important to always use medical help where it is needed and while we try to share essential information in this site that could greatly benefit everyone's health, it is not intended to encourage anyone to take medical care. exclude help. On the contrary! Always seek help from your doctor in case of complaints! 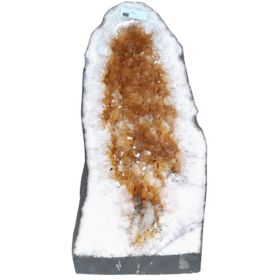 Unique Citrine geode of 21.75 kg. This geode comes from Brazil. The Citrine is the heated version of Amethyst.
€1,055.00